skip to main | skip to sidebar

Kristen Stewart's long, brown locks were a trademark in young Hollywood. Well, for better or for worst, Kristen chopped away her old hair, and traded it in for a modern twist on a Mullet. In our opinion, it doesn't look like a mullet. If you look closer into the picture, the sides look like their gelled. Personally, we think it's pretty cool and shedding away her "innocent" image. Though, what will she do when Eclipse starts filming in late August? Will their be a new side of Bella? Naw, most likely, she will be back in her signature 'do. Source: YahooEntertainment!
Posted by Dazzling Leeches at 6:47 PM No comments:

Robert Pattinson is known by girls because of his appearence. In a recent interview with Metromix, the interviewer asked, Pattinson, how does he think he got the role. "I think because a lot of people are willing to go in and play some kind of Adonis. And they have the body and everything," he answered, "There's a lot of guys, especially in L.A., who can walk down the street and look like some kind of Greek god, statuesque guy. (And that's not me.) Especially not last year. I was like this chubby-looking old, Irish alcoholic," he also said. Well, apparently, there's a new idea of "Tall, Dark, and Handsome", and that is the "Old, Irish Alcoholic" look, according to Robert! Source: New Kerela.
Posted by Dazzling Leeches at 6:31 PM No comments:

In celebration of my tenth post here at Blogspot.com, I am here to just say "thank you" to all of my readers who take the time to read my blog and hear new, exciting Twilight-related news. I looked at my site stats the other day, and I have had 47 hits, since I made this a few days ago! Sure, that may not be much, but at least it's a start! What I am really saying is, I want YOUR opinion. How do you like the blog so far? Do you like where it's going? What would you like to see in future posts? Tell me! It reallys helps to hear some advice from you all. To give me the advice, all what you have to do is comment this blog or send us a direct message from Twitter.com. Soon, we hope to have a myspace, a facebook page, and etc. to get our blog going, but for now, we are going to stick with Twitter. Once again, please tell me what you think and thank you for visiting. Woo-hoo! Ten posts!
Posted by Dazzling Leeches at 9:14 AM No comments:

"Idol" winner may have a teen-idol herself.

When you say the name "Rob Pattinson" to your average teenage girl, you usually hear a shrill scream and obsessive fangirlness, but it's not only teenage girls who have a crush on Rob; it's celebrities too, like Kelly Clarkson. In a recent interview with Access Hollywood, Kelly Clarkson admited that not only is she going to be apart of the New Moon soundtrack, but she also thinks Rob is quote "cute." “I’m a huge fan of the ‘Twilight’ series. How that (rumor started) was (how) everybody said, ‘You’re a huge fan of the ‘Twilight’ series, have you written any songs?’ And I ended up saying we did happen to, before they were even looking actually.” says Kelly in the interview. The song title is called "Empty as I am" and sadly, Kelly and Twilight will have to wait for the soundtrack to come out sometime in the fall. Source: Access Hollywood.
Posted by Dazzling Leeches at 12:54 PM 1 comment: When the Forbes 100 list came out, many familiar faces popped throughout the list. Household names like Beyonce, Oprah, and the Jonas Brothers made the list, yet Rob Pattinson didn't. Want to know why? According from Forbes, the person must have high recognizability and a high income. Now, everyone knows Rob has high recognizabiltiy; it's just the high income that pushed him out. But don't worry, Rob is expected to be on the list sometime in the near future! Meanwhile, congratulate Stephenie Meyer for making it on! Source: Examiner.com .
Posted by Dazzling Leeches at 5:38 PM No comments: 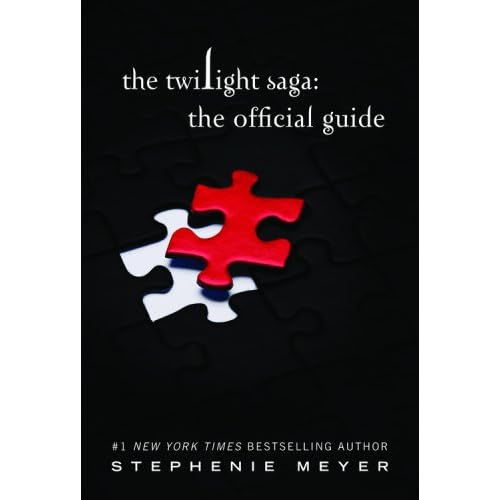 Many have been wondering, is it the end for Twilight novels. With speculation surrounding Stephenie on whether or not she will finish and publish Midnight Sun, fans (and ourselves) are wondering, is it the end for Twilight books? But to our excitement, it is not! Not only are there books, but much more. Read this guide to check out what we will be seeing the near future! 1. The Twilight Saga: the Official Guide : This book was supposed to be released some time in December, when an advertisement for the book was shown on the last page of, Breaking Dawn. The book will include character sheets, stories, legends, vampiric legends, and much more! Release Date: Unknown. 2. The Twilight Journals : Product Description (from Amazon) - The Twilight Journals set includes four gorgeous journals packaged in a collectible keepsake tin, inspired by Twilight, New Moon, Eclipse and Breaking Dawn. Each journal features the beautiful and instantly-recognizable Twilight Saga cover art and is fully-designed throughout with images and decorative quotes from each of the books, as well as some of the classic works of literature that inspired them. This one is particulary very exciting and unexpected! The price will be 24.99 (U.S.), but you can preorder them now at Amazon for $16.49. What a great deal! It comes with all FOUR of them! Release Date: October 13, 2009. 3. New Moon: The Official Movie Companion : Pretty self-explanatory. Filled with pictures, info, and much more! List Price: $18.99; Amazon Price: $12.91. Release Date: October 6, 2009. So there you have it! Hopefully, there will be more books like this in the near future! What do you think of these upcoming books? Tell us in a comment!
Posted by Dazzling Leeches at 12:47 PM No comments:

Rob Pattinson wants for New Moon to be a "surprise".

To our surprise, Robert Pattinson, who plays Edward in the Twilight saga, saw the New Moon trailer when we did; at the MTV Movie Awards. "I didn't want to ruin the surprise." he said to MTV News. "I haven't seen anything! I mean, from what I've seen from playback and stuff when I've been shooting it, it looks amazing. So I think New Moon should be good. I'm keeping it as a surprise from myself!" he added. This truly comes to show, that the best part of working towards something, is actually seeing it finished and ready to hit Number One in the box office! I think it's great he's seeing the movie, when fans see it. We share the same anticipation. Source: MtvNews.co.uk
Posted by Dazzling Leeches at 5:37 AM No comments:

Dazzling Leeches, is a blog dedicated to the, Twilight Saga. To not miss out on the bone-chilling fun, make sure to check out our blog everyday or subscribe to our blog using the link provided. Enjoy and thanks for visiting! P.S. The blog title isn't meant to offend Team Edward fans. We were just incorporating what Jacob said in "Eclipse". The subtitle is the same way.

Are you excited for New Moon?

In no way, shape or form, are we officially affiliated with Stephenie Meyer or the Twilight movie production. All rights reserved to it's respectful owner. The original content AND blog name is our's. Stealing, copying, or reproducing is prohibited.